FRANKFURT: German payments provider Wirecard said Saturday that it would continue to operate despite filing for insolvency following a vast accounting fraud scandal.

The group admitted this week that 1.9 billion euros ($2.1 billion) missing from its accounts likely does not exist, in a spiralling saga that has stunned Germany and evoked memories of the Enron scandal in the United States.

Just hours after Wirecard opened insolvency proceedings with a court in Munich on Thursday, Auditing company EY accused the company of carrying out “elaborate and sophisticated fraud” across the world “with a deliberate aim of deception”.

But on Saturday the group said its business activities “will be continued”.

“The management board is of the opinion that continuation is in the best interests of the creditors,” it said in a statement.

With the exception of a small development branch office, no insolvency applications have been filed by Group companies at present.”

Payments for merchants of the firm’s banking arm, Wirecard Bank, “will continue to be executed without restrictions,” it added.

The firm is also “in constant contact with the credit card organisations”, the statement said.

Credit card giants Visa and Mastercard are considering cutting ties with Wirecard, according to a Bloomberg report.

The hundreds of thousands of users of British subsidiary Wirecard Card Solutions have lost access to their funds, with some taking to Twitter to express their dismay.

Wirecard’s former CEO Markus Braun was detained this week on suspicion of falsifying accounts before being released on bail. 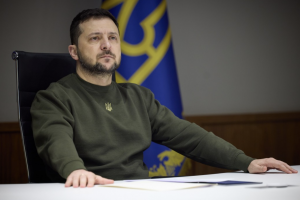 Volodymyr Zelenskyy’s address to the participants of the National Prayer

Global Legal Review is the world’s first tailor-cut magazine that is all about the legal profession and its intricacies made with a core aim of shaping the playground for future generations. The magazine is dedicated to equipping both student and practicing lawyers with suitable information in the dynamic world of law.

Volodymyr Zelenskyy’s address to the participants of the National Prayer