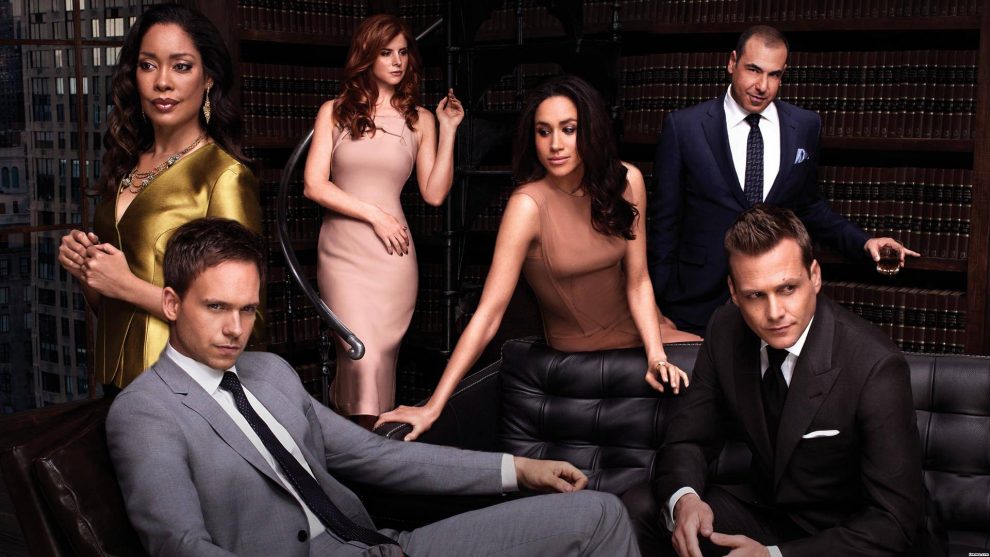 Media has always included the law field in glamour. In the form of movies, music videos, talk shows and especially television series. Over the decades, countless stars have carried out the roles of lawyers and judges in the most perfect way. SUITS is a name not unfamiliar to all. Not only professionals belonging to law fields are huge fans, this season has managed to get the attention of many people all around the world. With its star cast, witty humor, exceptional soliciting skills and catchy soundtrack albums, this show has kept the fans eagerly waiting for the latest season.

The story of this season focuses on the talented college dropout Mike Ross (Patrick J. Adams), who initially works as a law associate for Harvey Specter (Gabriel Macht), despite never actually attending law school. The show focuses on Harvey and Mike managing to close cases while maintaining Mike’s secret. However, this secret does not remain hidden for long. Well, that’s a story for another time.

The star cast of this marvel includes  Gabriel Macht as the dashing and graceful Harvey Specter, Patrick J. Adams as the intelligent yet charming Mike Ross, Rick Hoffman as the emotional yet brilliant lawyer Louis Litt, Meghan Markle as the ambitious Rachel Zane, Sarah Rafferty as everyone’s favorite and the most witty Donna Paulsen and Gina Torres as the stunning and strong Jessica Pearson.

Set in the shark-infested world of US corporate law, Suits is filled with slick, humor and entertainment. The characters are all well-dressed individuals who are busy in dealing with the cases that rarely get as far as courtrooms. The lawyers are seen trying to outdo each other through finding loop-holes in legislation. Moreover, bluffing their way out of big deals is also observed. The season is filled with dapper and elegant looking professionals passing on amusing remarks to each other while sitting in their luxurious offices behind glass doors.

Mike Ross is a talented individual with a photographic memory. Harvey Specter is the successful lawyer who has all the tricks of winning every case up his sleeve. Specter is known as the best “closer” in the city. Gabriel Match flawless acting has made this character inspirational for all the young jurors out there. His character had redefined the meaning of hard work and dedications. The quotes by Harvey Specter are funny and impactful. They have gained immense popularity and followed everywhere. Mike’s intro in the series is as the young man who is making money by taking law school admission tests for other students. 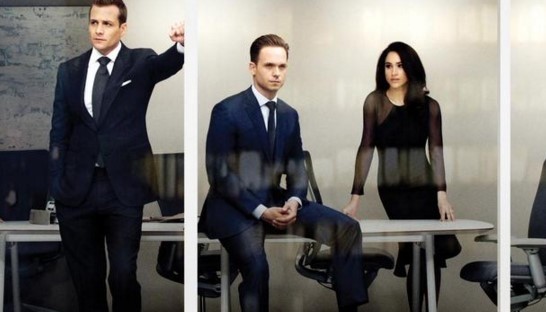 The first season consists of is picaresque, all the more the characters are engaging and the brisk dialogues make it much more captivating. The look on Harvey’s face when Mike attempts a fist-bump is priceless.

This show is not only about the hot-shot men in suits, the females of this season are equally strong as men. The stunning Gina Torres plays the role of Jessica, the firm’s senior partner. A strong, independent and fierce career woman who can do anything for her firm. She is a protector and survivor; undoubtedly a role model for all women out there. Torres’ incredible acting is outstanding and she has done proper justice to the character.

Sarah Rafferty plays the sassy redhead who has a special flair for dramatics forces the audience to laugh. However, the most entertaining character is Louis Litt, played by Rick Hoffman. He has a very adorable personality and a brilliant lawyer he is. His expressions are unmatched.

The storyline, script, comical dialogues, enticing scenes and the exciting cases are what makes this season a success! No doubt, the latest season will equally dazzle the fans. If you haven’t seen any of the season yet, I recommend that you start immediately if you don’t want to miss out on a masterpiece.