Economic development is one of the most wanted goal for any country, it is defined as “a sustained increase in per capita output”. For the sustainable development of any country, economic development of women is a necessity. When women will be given an increased economic role in the society it will be a great solution to financial and economic issues. Pakistan has a women population of around 49% and only less than 10% of them are involved in entrepreneurial activities. According to the current labor force statistics 78% women are not participating in the economic domain. Whereas the figure for the men is 32% only. Currently, the number of women who are engaged in any kind of economic activity stands at almost 22%.

For Pakistan, to achieve its development goals, this number has to stretch up to at least 45%. It is pertinent to note here that the minimal women participation in the economic domain is primarily due to the flawed education system and the cultural barriers restricting women participation in any industrious activity. Mostly, Islam – the religion of majority in Pakistan – is being misused by chauvinist men for their own personal interests. Islam’s teachings are openly misinterpreted for restricting women inside their homes.

Another reason is that the work done by women is generally considered an extension of their household work. For example, in rural areas, women are largely engaged in agricultural activities i.e., farming and rearing livestock, but that labor is considered their household work instead of being considered as an economic activity. It means women’s genuine contributions in the economic sector are mostly overlooked. The value of women’s work is underestimated in most of the South Asian countries, especially in Pakistan.

Since most of the women working at home and are not paid, they are considered out of the economic domain. But in developed countries and modern economic literature, now women even doing household chores and spending time with their kids are considered to be participating in economic productivity force, as they are providing the basic ethics and education to the future skill force. Currently, almost all the women are contributing indirectly in the economic domain, for instance, if one has to buy certain services from the market, such as cooked food, laundry, cleansing and paid child care; these would be added to the aggregate economic activity and will show up in GDP. In contrast, same services if done by women of the households, do not add up into the GDP. But when women provide these services at home they are indirectly contributing in the economic domain, because these services help in enhancing economic output of men outside the home.

Another significant roadblock is our cultural norms and social attitudes. These are as such that women as well as their family members do not feel comfortable with women working outside the premises of their homes. Additionally, there is a general bias against the working women. Women are thought to be bad at networking, management and other business activities. Acquisition of loans is also very difficult for women as compared to men because women are unaware of the financial services and packages available for them, also they often lack ownership of assets and resources, generally required to procure loans. The result of this partiality is that 70% of women businesses die down the very first year, as they cannot survive due to lack of support.

Moreover, lack of information is another important aspect. Information about job and business opportunities doesn’t mostly reach women. Information is something that men have better access to than women due to various factors. Unsafe transport system and lack of safety at work and public places also plays a significant role in lesser women participation in economic activities.

Women in Pakistan also lag behind in the economic domain because of an absolute lack of capacity building and skill development for them. Majority of young girls stay unemployed despite being highly qualified because they are not properly trained for the job market. Due to a lack of proper guidance and mentoring, they face many hurdles.  The environment in the professional world is not congenial for women to get access to job opportunities of their own choice. Many formal job sectors have disparities when it comes to women’s participation in economic sectors. Apart from this, Wage difference among males and females in Pakistan is huge. Its time that we reduce this wage disparity as both genders contribute equally to the economy. Although, the government of Pakistan has made all out efforts to pass legislations for the betterment of women folk, but there is a lack of implementation. No specific, sustainable, and beneficial facilitation has been observed for women in this regard yet.

With the changing dynamics of today’s economy, increased women participation is extremely essential to foster growth of an economy. Pakistan needs women in workforce in order for it to thrive in all spheres. By reducing the gap between the lack of skills by making sure that they are taught in school and learned in the labor force we can improve women’s participation in the work sector. Apart from this, by ensuring that women have equal access to education, quality learning and training in fields like science and technology and by launching training programs that encourage women to participate we can improve the participation of women. Women’s involvement can be increased by persuading the private sector and foundations to participate in programs that favor women’s businesses and supporting employment, retention and advancement of women and girls in the fields of science and technology. By the help of education, policies targeting equality of both, and changing certain problematic social norms that exist in our country we can change the status of women’s economic participation. This will help Pakistan to meet its targets and flourish in terms of economic growth in the future. 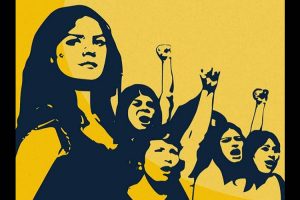 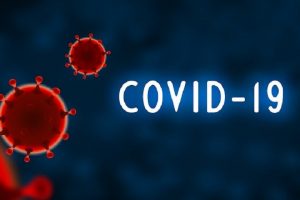 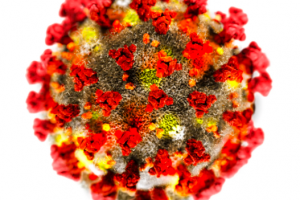 The author Alisha Imtiaz is pursuing a degree in Economics and Political Science from Lahore University of Management Sciences (LUMS). She is currently working as a research assistant at PIDE.